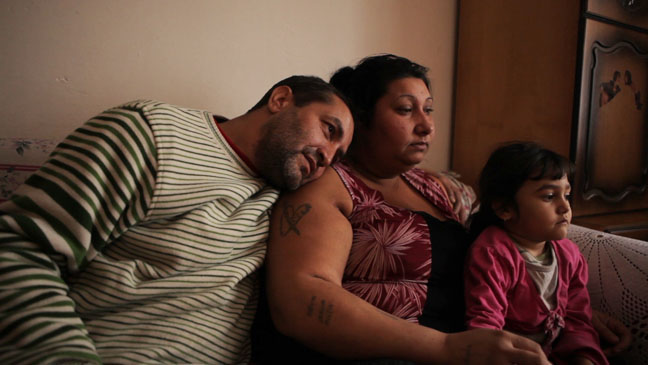 At the cinema this week I saw Silver Bear winning An Episode in the Life of an Iron Picker – the fifth feature by Danis Tanovic, whose earlier effort No Man’s Land (2001) was one of the most awarded first feature films in history. That Tanovic spent two years filming for the army during the Bosnian war, was apparent in the energetic vérite style of No Man’s Land which takes two soldiers from opposing sides trapped together as its subject. The same focused vitality is also present in this latest tale, exposing the discrimination towards Roma communities in Bosnia and Herzegovina as a cast of non-professional actors reconstruct a traumatic event in their lives.

Nazif and Senada live in a small village and rely on the money Nazif makes selling scrap metal to support themselves and their two daughters, with a third baby on the way. When Nazif comes home to find Senada with crippling stomach pain, a trip to the hospital reveals that she has had a miscarriage and needs an operation, but the hospital refuses to perform it unless they pay a small fortune as Senada doesn’t have an insurance card. What ensues is Nazif’s desperate attempts to save his wife’s life, in the face of indifference from the authorities. Tanovic developed the film with Nazif and Senada after reading their story in a local newspaper, and based the scenes on their recollections, with purely improvised dialogue and many of the other villagers and family also playing themselves in the film. The result is an efficiency of performance and storytelling that focuses tightly the testimony of an unwavering, seemingly futile effort to illicit even a normal amount of compassion from the hospital staff they encounter. Shot in HD, there’s a crisp beauty to the image that further conveys they humanity in Tanovic’s extraordinary film. 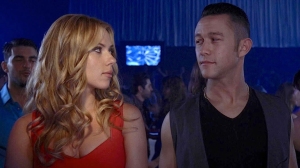 Home viewing included Don Jon, written, directed by and starring Joseph Gordon-Levitt as a deluded lothario more enamoured by pornography than sex with an actual woman. Gordon-Levitt demonstrates considerable skill in establishing the small, controlled world view of his perpetually self-stimulating charmer, but fails to develop his female characters, abandoning the potential for both Jon and Scarlett Johansson’s Barbara to learn from their one-sided approach to relationships, in favour of Jon’s singular emotional growth at the hands of Julianne Moore’s as bereaved mother Esther. Still, there’s a pleasing wit and leanings towards self-awareness in Don Jon which means I will look forward to Gordan-Levitt’s next feature. 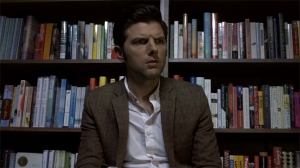 Also viewed: Toy Story 3 (Lee Unkrich, 2010) once again reduced me to tears at its treatment of the parental experience of the child leaving home, and along similar lines but with a completely different approach, A.C.O.D, Adult Children of Divorce (Stu Zicherman, 2013) looked at the ‘least parented generation in America’s history’ whereby Adam Scott negotiates the wildly ridiculous terrain of his parents reconciliation in anticipation of his brother’s wedding, shot dully and with inconsistent comedic effect. Yet another viewing of Avengers Assemble (2012, Joss Whedon) proved deeply enjoyable, and has greatly increased the likelihood of my seeing Captain America: The Winter Soldier (2014, Anthony & Joe Russo).