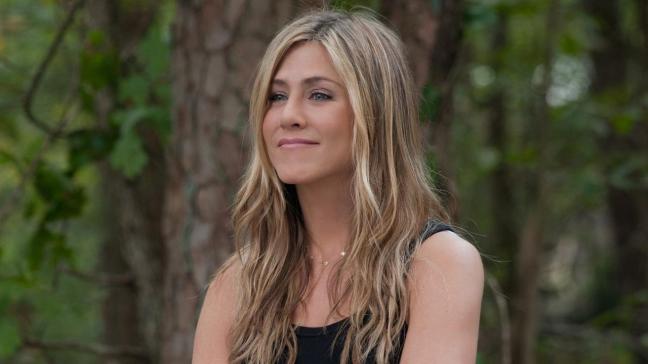 After last week’s exploration of perhaps Aniston’s most dramatic role, and in the spirit of the season of jollity, we look at a film that reunites the central duo of The Object of My Affection. A film that teaches us how not to live, in so many ways. Happy Holidays!

FILM: Wanderlust
DIRECTOR: David Wain
YEAR: 2012
CHARACTER NAME AND PROFESSION: Linda Gergenblatt, filmmaker (among other things)
PLOT SUMMARY: Linda and husband George (Paul Rudd) buy a ‘micro loft’ – their first property – and quickly realise its tiny and unaffordable. George loses his job and Linda’s documentary about Penguins is rejected by HBO, and unable to sell their apartment they decide to move in with George brother Rick (co-writer Ken Marino) who has offered him a job at his port-a-loo company. On the way there, they stop off at Elysium, an ‘intentional community’ that they assume is a B&B. The residents there – a nudist wine-making novelist called Wayne (Jo Lo Truglio), the founder Carvin (Alan Alda), pregnant Almond (Lauren Ambrose) and guru Seth (Justin Theroux) – show them a great time, getting them high, going skinny dipping and playing the digeridoo, and despite the awful ‘dirt coffee’ they love it there. Living with Rick and his self-medicating wife Marissa (Michaela Watkins) proves to be more than they can bear and George persuades Linda that they should go back to live at Elysium. Linda loves it there, but George misses New York.

CHARACTER TRAITS: Open-minded, kind, creative, impulsive, honest.
NOTES ON PERFORMANCE: Aniston is very funny, delivering some of the best dead pan lines and also doing some brilliant physical comedy too – notably when Linda drinks ayahuasca tea and hallucinates plants crying and then believes she can fly – it’s an enthusiastic, committed, joyful performance. Linda’s character arc allows Aniston to show her range as a comic and dramatic actor, as she first appears like a typical New York creative and later grows into someone who has finally found how they want to live, with y’know dick jokes along the way. 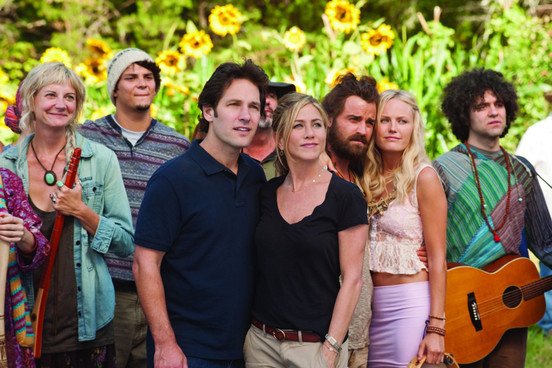 NOTES ON FILM: Co-writer and director David Wain clearly loves mining the community living situation for the possibilities it offers to mock the hippy lifestyle or life lessons – Wanderlust feels a bit like Wet Hot American Summer for thirty-somethings, with some of the same cast. At the same time, he’s targeting the impossibility of the New Yorker lifestyle, with a couple who prioritise living in the right neighbourhood (next to the best coffee place) over having space and jobs they actually like. The suburbs also come under fire with Rick and Marissa representing the epitome of the miserable, white, money obsessed Middle American dream. Wanderlust’s message is to find a balance in life, which feels sincere and heartfelt, despite all the cynicism is expresses along the way. Despite a general broadness to the humour on show, Wanderlust does provide some laugh out loud moments, mainly thanks to Aniston rather than Rudd’s improvisational sex-motivator patter.

CONCLUSION: Makes you want to be best friends with ‘silly’ Aniston.

One thought on “Aniston of the Week: Wanderlust”