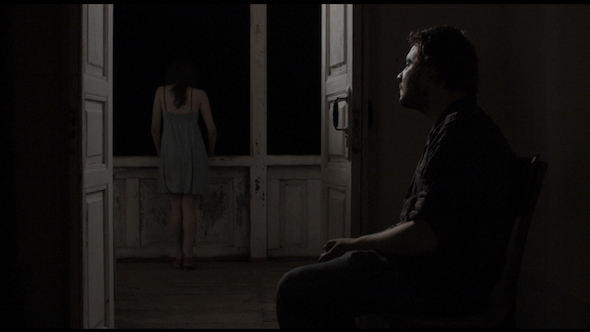 I prefer not to order films according to a prescribed ‘best’ list and find that, looking back at the year’s viewing – it’s the most memorable that are important. I couldn’t imagine putting them in order as they’ve all drifted in and out of my mind at one time or another, and have equally filled my thoughts with arresting images and sounds. To that end, here are some films that have affected me and I hope they did you, too.

At Glasgow Film Festival in February I had the pleasure of seeing Patrick Wang’s In the Family, an epic melodrama about a one half of a couple, Joey (Wang) struggling to affirm his place in stepson, Chip’s life when his biological father suddenly dies. Wang’s languid pace and attention to detail gradually allows an intimacy with the characters, supported by wonderfully natural performances and dialogue. It all adds up to an un-showy, Capra-esq last act that rewards the viewer tenfold.

Two Years at Sea was a gorgeous, skillful portrait of Jake, the Aberdeenshire hermit that managed to play with the expectations one might have of a solitary soul. Ben Rivers black and white film spends plenty of time on Jake’s daily routine, but his camera’s presence is the clue to just how ‘real’ or ‘true’ this depiction is, and even manages a tree-house related magic trick too. That this 16mm delight was developed in a sink only adds to it charm.

Martha Marcy May Marlene directed by Sean Durkin is responsible for some of the most arresting images to permeate my thoughts – not least of all the excellent John Hawkes singing sweetly, enchanting his young followers.

This, and Amy Seimetz’ Sun Don’t Shine – a couple-on the run thriller that used harsh daylight to evoke claustrophobia akin to a daylight noir – were perhaps the US independent films that impressed most (and that’s in the

year that brought us Beasts of the Southern Wild – supposedly the saviour of the American indie).

Barbara was simply an excellent narrative film, a hugely rewarding drama that managed to surprise and beguile me. It almost goes without saying that Amour and The Master were stand-out auteur works so I won’t say anymore, other than if you’re put off by their heaps of praise, don’t be. For me, the big, epic of the year was Once Upon a Time in Anatolia from Climates director Nuri Bilge Ceyla

n. Ostensibly a police procedural – the search for a body in a landscape only penetrated by car headlights – this was morality and myth on screen that I frequently misremember as a 1940’s Renoir ballad of humanity. I sincerely hope it gets more outings on the big screen. Kosmos by Reha Erdem also deserves a mention for being another example of fine Turkish cinema.

I was delighted to be able to see Maria Saakyan’s new film, I’m Going to Change My Name at London Film Festival. As a follow up to her feature debut, The Lighthouse (2006), this tale of a young girl’s identity crisis represented online space more fluently and sensitively than the crass Catfish and suggested that if Saakyan continues to develop with such originality, we are in for some very exciting films indeed. Another excellent depiction of youth and longing was Mao Mao’s Here, Then which screened at Edinburgh International Film Festival and won the Award for Best International Feature Film. Using long takes and crisp cinematography, masterfully handled by DoP Liu Ai Guo, Mao Mao’s film manages to weave connections between his seemingly unrelated protagonists and create a ponderous space in which to consider their action/inaction.

A beautiful, very special film for me this year was Jem Cohen’s Museum Hours starring the enigmatic Mary Margaret O’Hara as a visitor in Vienna who befriends a guard at the Kunsthistorisches Art Museum. Cohen’s sensitivity towards his characters and obvious ease with which his actors perform makes for a naturalistic musing on friendship, art and communication. A more ‘Hollywood’ take on the subject might see this unlikely pair romantically involved but Cohen prioritises the subtleties and awkwardness of newfound connection – much like the detail in Breugels paintings, so delicately discussed in the film. The result is a highly engaging, honest and relatable depiction of contemporary relationships.

2012 will always be the year I discovered Miguel Gomes and I couldn’t possible write of the most memorable without mention of his masterpiece, Tabu. I don’t think I can remember a recent film that has brought me so much joy to watch, or to think about afterward. To have made such a funny, heartbreaking and fiercely intelligent film means that I will never be shy of heaping praise on Mr Gomes, and eagerly anticipating what he will do next.

Honourable mentions must go to the following, which were just as thoughtful, funny, enjoyable or intelligent as those mentioned above, but who’s drawn out appraisal I will save you from here.

The Myth of the American Sleepover, David Robert Mitchell.

Since publication Sun Don’t Shine has been picked up for distribution by Factory 25 – not sure if it’ll come to the UK but look out for it, whether its in cinemas, DVD or online – its worth it! 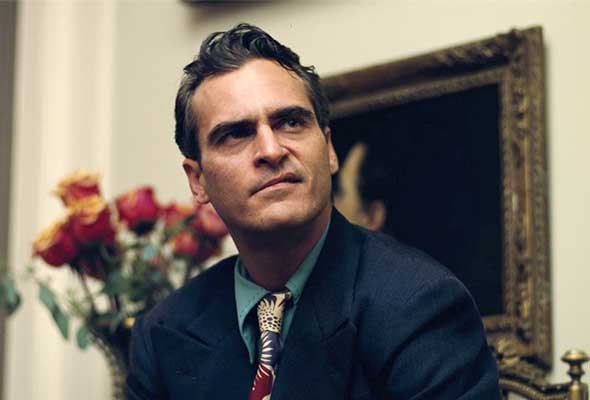 The Master by Paul Thomas Anderson is one of the most talked about and highly praised films of the year, making it very hard to approach without preconceptions. Nevertheless, this was my attempted approach. A tale of two halves – two astonishing performances – from Joaquin Phoenix as psychologically damaged Freddie Quell and Philip Seymour Hoffman as the man who thinks he can fix him, Lancaster Dodd. Anderson loosely based Dodd and his movement, The Cause on the emerging teachings of L. Ron Hubbard’s Scientology in post WWII America and certain aspects, such as ‘processing’ of patients (which Freddie undergoes) are akin to auditing in Dianetics.

Rather than a straight biographical exercise, The Master is so much more, becoming a portrait of emotional unrest and struggle of power, the narrative of which unravels and sprawls and happily doesn’t provide a neat conclusion. There’s something unreachable about the characters, perhaps because Anderson doesn’t ever suggest that their actions will have the kind of consequences we might expect from a conventional narrative. We see Dodd take Freddie under his wing and the latter’s steadfast loyalty would suggest that his susceptibility might allow him to change, but what kind of change can be expected from such aggressive methods? 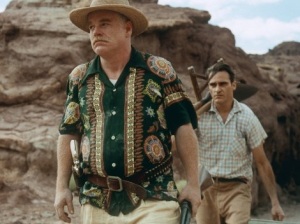 The two leads aside, Amy Adams is compelling as Dodd’s wife Peggy: a woman who appears to follow her husband’s lead only to reveal her true power in the final act. Peggy is perhaps the true Master, able to control her ‘base’ urges more convincingly than Dodd, whose outbursts when confronted only show his similarity with Freddie. I can’t say that The Master had the same emotionally confrontational effect on me that Anderson’s There Will Be Blood (2007) or Magnolia (1999) did  – despite all three films having in common central, powerhouse, male performances – but its certainly a thought provoking, beautiful, more challenging film than the average. Perhaps a second viewing (in Anderson’s preferred format, 70mm) will enrich my appreciation.

Ahead of the release of Ben Wheatley’s Sightseers I caught up with all the enthusiasts of his previous films and watched Down Terrace (2009) and Kill List (2011). The formers’ blue grey palette, naturalistic performances and documentary style camera work make for a fresh and unnerving viewing experience. Centred around a crime family – mother Maggie (Julia Deakin), father Bill (Robert Hill), and son Karl (Robin Hill) and beginning with the release of the latter two from jail, the plot concerns the unravelling of the family’s trust in their network of associates and friends as they suspect each of informing on them to the police. Set mostly in the interior of the family home, much of the black comedy comes from the incongruity of combining British home life with the ‘necessary violence’ enacted to maintain the family’s code of retaliation. 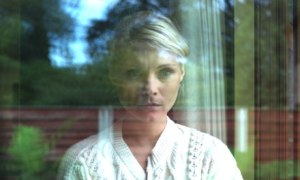 Kill List also uses a family dynamic to contrast domestic banality with psychological torment and horrific cruelty – this time carried out by Jay (Neil Maskell) alongside friend and fellow hit man Gal (Michael Smiley, also in Down Terrace) as they set about a three-kill job. Leaving wife Shel (MyAnna Buring) with their son Sam (Harry Simpson), in their well-furnished home whilst he undertakes the job that will solve their money trouble, Jay and Gal begin to question the nature of the task in hand, resulting in an altogether more dense and unsettling – even scary – trail of murder and revenge. Original music by Jim Williams is uncompromisingly uncomfortable, constantly maintaining the tension of an unexpected threat. This, combined with some deft framing and editing, not to mention brilliant performances make for an impressive viewing experience and a film that lingers after the credits have rolled. I’ve no reason to doubt that Sightseers will live up to its positive acclaim. 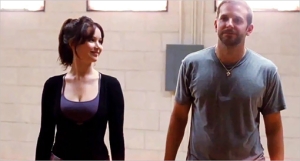 On current release is the charming and engaging Silver Linings Playbook directed by David O. Russell, who – it could be argued – has rejuvenated the romantic comedy here in the same way he added edge to the boxing drama with 2011’s The Fighter. Actually Silver Linings Playbook has more in common with the director’s screwball, existential crisis comedy, I Heart Huckabees (2004) as Bradley Cooper plays recently diagnosed bi-polar, Pat, attempting to improve his mental and physical health after a spell in a psychiatric hospital. Agreeing to partner the also troubled Tiffany (Jennifer Lawrence) in a dance contest, in exchange for her help in contacting his estranged wife, Pat shares a determination and single-mindedness much like Tommy (Mark Wahlberg) in Huckabees. The relationship between widowed, raw, Tiffany and initially oblivious Pat, and all their Psychiatric-jargon infused exchanges is similar to that of Tommy’s ‘other’ Albert (Jason Schwartzman), as each must benefit from their interactions: Tiffany wants to break her habit of generosity without reciprocation.

In this way, Silver Linings Playbook is better considered as a compassionate comedy about the human condition, even if this does belie the inevitability of its romantic comedy conventions. Oh, and Robert De Niro and Jacki Weaver are brilliant as Pat’s parents.

This week saw my completion of The Apu Trilogy with Satyajit Ray’s The World of Apu (1959). The previous films Pather Panchali (1955) and Aparajito (1956) concern Apu’s childhood years living in relative poverty (a state that he never really manages to escape) with his family, and following this, his entry into education and discovery of science. It would be foolish to attempt to summarise the myriad moments of excellence in these three films, suffice to say if you like Ozu or Renoir, Ray’s most famous trilogy is essential viewing, demonstrating him as a filmmaker of true humanity and skill.

Foregoing exhaustive reviews of every film seen this week, but sticking to the journal format, a small list of the others – which demonstrate a soft spot for schmaltz – should suffice: