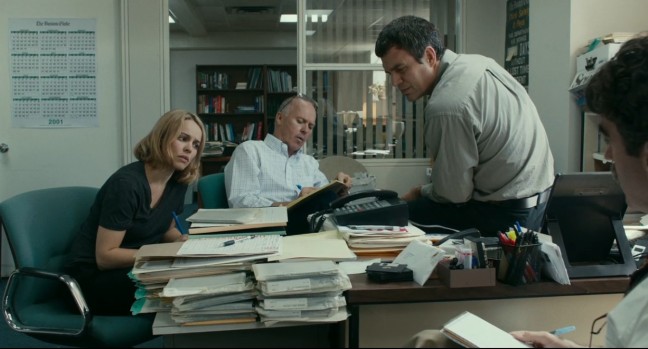 There’s been more than enough pieces written on the best films of 2015, including two lists (which include Tom McCarthy’s Spotlight, pictured above) to which I already contributed – Sight & Sound and CineVue – so here at Cinematic Investigations, we’ll refrain from adding further to what was considered ‘best’* last year. Instead, this annual review will focus on the complete year’s viewing, including television, films re-watched and those seen at festivals and at home. In a year in which I attended 10 film festivals, viewed 262 films, of which 68 were short and 125 were new** features, this is a way of considering what was personally most memorable, and not necessarily the films themselves, but the whole experience of viewing, discussing, sharing and thinking about film.

As I reported back in January, I was selected to be part of International Film Festival Rotterdam’s Trainee Programme for Young Film Critics. A great honour that allowed me to meet some brilliant people, and conduct interviews with Remy Van Heugten via Skype about his film Gluckauf, in person with Ingo Haeb about The Chambermaid Lynn, on the phone to Martin Radich to discuss Norfolk and via email with Nicolas Steiner for his remarkable documentary, Above and Below.

Britni West’s enthralling, ambiguous Tired Moonlight was the last of 31 films I saw at IFFR. By that point I was exhausted and longing for my own bed, and West’s Super 16mm shot ode to her hometown of Kalispell, Montana gradually lifted me from apathy to pure joy. When I screened it for the Edinburgh Film Guild audience in December, it temporarily made us forget there was a freezing downpour going on outside.

My favourite ‘Come and See’ screening at Filmhouse in 2015.

Being a fairly miserable Ukrainian drama in which the only dialogue is un-subtitled Russian sign-language, Miroslav Slaboshpitsky’s The Tribe was a hard sell to the friends I asked to accompany me, but I suggested it could be unlike anything we’ve seen before. It certainly proved more divisive than anything else, sparking a heated debate about whether such depictions of violence are deliberately and unnecessarily provocative.

Particularly episode four, Finger in the Dyke written by Lauren Morelli and directed by Constantine Makris, in which Big Boo’s (Lea DeLaria) backstory is revealed; where an initially playful persuasion by her father to get her to wear a dress as a child, develops into complete parental rejection of her lesbian identity. This series frequently deals with characters struggling with who they are, and this episode showcased DeLaria’s ability as a performer to convey someone who courageously asserts herself, in the face of those who would prefer she pretend to be someone else.

Asif Kapadia’s expertly made documentary about Amy Winehouse just about broke me.

At IFFR, I saw Mexican artist Artemio Narro’s I stay with you, a deliberately deceptive, willingly provocative experiment in putting female violence on screen and right in the viewer’s face. In an upcoming issue of the Slovenian journal KINO!, I discuss the film and violent women generally with fellow writer Tina Poglajen, but on first viewing I really didn’t know what to make of it. When EIFF Artistic Director, Mark Adams, selected it to screen at EIFF, I looked forward to meeting with Narro again and talking more about the film, having allowed its brilliance and flaws to fully sink in. Narro proved to be one of the best guests at the festival – he’s certainly aware of the challenging nature of the film, and was prepared to lose a good proportion of the audience during the screening.

At his Q&A, I asked him about the film’s wider reception, about his intentions for the film, and the audience too, quizzed him on the random appearance of a horse (actually a unicorn, Narro loves them, even has a unicorn tattoo, which went down well in the country for whom they are the national animal), and the film’s unsettling tonal shifts. It was a film that inspired what any artist can hope for – passionate, thoughtful (and in this case, angry) engagement from the audience.

As programme coordinator at Edinburgh International Film Festival last year, I had the pleasure of planning and delivering a lot of truly special events; a gig reuniting legends of the Scottish post-punk/indie music scene following Grant McPhee’s Big Gold Dream; a Skype Q&A with the Angulo brothers, subject of Crystal Moselle’s incredible The Wolfpack, and In Person events with Neil Innes and Barry Purves. One of my films of the year however turned out to be Ross Sutherland’s Stand by for Tape Back-Up, an autobiographical, semi-experimental documentary that plays with time and memory and incorporates The Fresh Prince of Bel-Air into musings on the afterlife. It’s a film that’s now deeply embedded in my mind as one of the most intriguing and moving I’ve seen.

Also at EIFF, I met again with award-winning cinematographer Seamus McGarvey (High Fidelity, Atonement, The Avengers, We Need to Talk About Kevin, Godzilla) who had brought legendary cinematographer Haskell Wexler to the festival to discuss his work and the issues most important to him. Wexler wanted to spend most of his onstage time praising Seamus, but the latter carefully persuaded him to share some of his experiences from his life’s work, which includes One Flew Over the Cuckoos Nest, Who’s Afraid of Virginia Woolf?, and Medium Cool. Sadly Wexler passed away in December aged 93, I’m privileged to have met him.

In which Noel Marshall and wife Tippi Hedren spent eleven years bringing to the screen a film they were sure would raise awareness of the poaching of African big cats and the unfair treatment of big cats in captivity. The result was a shoot with over one hundred cats – lions, tigers, jaguars etc. – seventy injuries to the crew and several near death experiences. The film itself is a completely bonkers and terrifying tribute to the cats, and Marshall and Hedren’s foolhardy commitment to their cause. A late night at EIFF, in which I laughed long and hard.

11. There’s how many teaspoons of sugar in one tablespoon of ketchup?! The influence of That Sugar Film.

There’s four. Four teaspoons of sugar in one tablespoon of tomato ketchup. Thank you Damon Gameau for making That Sugar Film and forever changing my feelings about the sweet stuff. When I met Gameau at EIFF I learned I was the eighty-fifth person to host a Q&A with him – he said I did a good job. What a pro.

My sister was ssshhh’ed for whooping during the opening credits – those Edinburgh Cineworld audiences take their fun seriously! And it was, seriously fun.

13. Singing and crying: Hedwig and the Angry Inch at Filmhouse

Only the second time I’d seen John Cameron Mitchell’s cult musical (the first being a Blockbuster video rental sometime around 2002) but this time it was a sing-a-long screening and I soaked up the film’s emotion and wit, impressed by my friends lyrical knowledge and shared sensitivity to Hedwig’s identity crisis.

Finally finishing The West Wing brought with it the satisfaction of seeing it through and the sadness that there were no new episodes to see. When we first started it, we found W.G. Snuffy Walden’s score unbearably patriotic (what did we expect?!) but by the end it felt triumphantly appropriate. Other highlights of viewing: assessing Josh’s hair, loving and then missing Sam Seaborn, doing impressions of Bruno’s ‘kelp’ speech, noticing which episodes had a Parks and Recreation version, saying ‘Blues explosion’ during the credits when John Spencer appears. 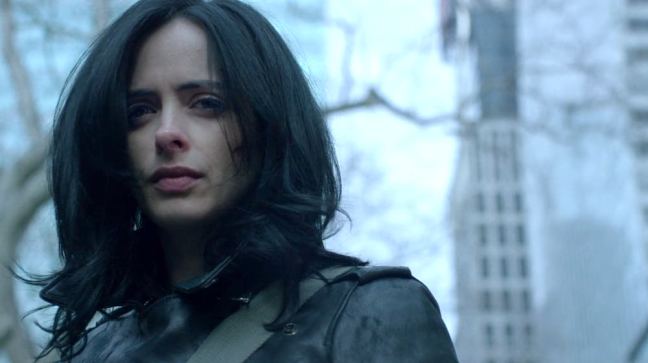 A superhero show in which the villain is literally the patriarchy? Yes please. A thousand times yes.

So many brilliant episodes in this series, I loved how each was themed, I loved the compassion and honesty of it, I loved its representation of friendship and millennial anxiety. I loved that it was flawed.

In case you didn’t know, 2015 brought you the blog series you’ve always wanted: a critique of the megastar that is Jennifer Aniston. Watching her films has so far been a mix of irksome, joyful and hilarious, more coming soon.

I summarised what makes Todd Haynes’ latest so special, and my film of the year, for CineVue, so I’ll simply quote myself here: ‘That it’s so highly lauded is assuredly deserved, as Director Todd Haynes and screenwriter Phyllis Nagy have created a richly realised depiction of romantic love that envelops the viewer completely in its characters’ world. Both Rooney Mara as shop clerk and aspiring photographer Therese, and Cate Blanchett as the titular married woman, falling in love in 1950s New York, give exceptional performances, and have a chemistry palpable in every glance. The result is a film the very texture of which, highlights Carol and Therese’s relationship as one defined by both their unnameable intimacy and the distance between them, agonisingly reconciled in the film’s last, brilliantly tense final scene.’

20. Finally saw Frozen and understood its genius (see video below)

*For the record my official Top Ten, offered to CineVue is:
1. Carol
2. The Diary of a Teenage Girl
3. Spotlight
4. Stand by for Tape Back-Up
5. Dreamcatcher
6. It Follows
7. Arabian Nights
8. The Forbidden Room
9. Anomalisa
10. Force Majeure
** Any film that had its first screening in 2015, internationally.